Raids are special events that can happen at any given time. They scale off the current highest level in order to work, meaning that if the highest level is, for example, 100 then only spawn monsters up to that level can have raids. As progression goes further more monsters will have the possibility to have raids as well. 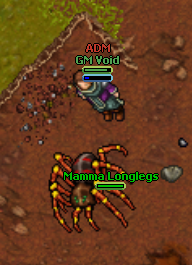 Whenever a raid happens, a message will be broadcast to the entire server, like this

, indicating which monster it is from, so you can go there and slay it. In order to get the reward, you will need to achieve a minimum damage threshold. Once the raid boss is killed, you will be rewarded with Silver Raid Tokens

. You will not get more tokens if you dealt damage past the minimum threshold.

Once a raid boss is killed, another raid will not be able to appear for some time.

The raid tokens you obtained through killing raid bosses are to be used in a specific NPC, located inside the NPC's teleport, like shown in the image. 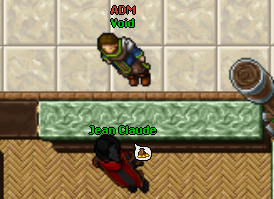 Go inside the teleport, head up two floors and then head south. You will then find the NPC Jean Claude. You can trade your Silver Raid Tokens with him.

You will find an assortment of cosmetics and boost scrolls available to purchase from him.